Perhaps there is no more impactful student founder, social entrepreneur that Wendy Kopp of Teach for America.  The full talk is about an hour and well worth it, especially if interested in social impact, education or starting a venture while a students.

Hope you enjoy it.

As part of my job I work with innovators from across society and the economy. People working on solving problems big and small.

This program has many elements — from pollination courses to work teaching women in latin american to become bee keepers in order to make a living to provide for their families.

It is an exciting time for our Center and for the HBI as evidenced by recent media coverage..

A story by Michael Gaynor from the Washingtonian outline’s HBI and German Perilla’s efforts to find queen bees that are more resistant to colony collapse syndrome. More:

The honeybee has been facing a crisis brought on by parasites and pesticides. From 2015 to 2016, 44 percent of the commercial bee population died—a dire statistic considering that more than two-thirds of food crops rely on bees for pollination.

To save the species, Perilla is on the hunt for “the perfect queen.” He’s mating bees from the most robust hives to create a genetic standout that can birth a hive resistant to pests and disease.

But the Honey Bee Initiative is about more than science. Perilla’s students have traveled to the Amazon to teach beekeeping to women entrepreneurs in poor areas. Others studying anthropology, education, public policy, and even art have done projects. This year, engineering students took part in a campus hackathon, building a custom “smart hive” to better monitor the bees.

Another media piece, from Northern Virginia Mag, that explains HBI’s work with Covanta to reestablish meadow space in Fairfax County, VA on the property of a landfill. From the article by Eliza Berkon;

There are 12 colonies of honeybees at the landfill traveling in a 2-mile radius around the Lorton site as they forage, Perilla says. Both Fairfax County and Covanta, the private company that transfers waste into ash at the landfill, are funding the project.

“This is the first time we are trying to convert a landfill into a productive ecosystem,” Perilla says. “The hope is to at least double the population, have productive apiaries and have a little more acceptance of the people regarding the perception that they have of a landfill.”

There are many student entrepreneurs — Gates, Zuckerberg, Dell — that the masses

know about. Tom Szaky of TerraCycle is probably one of the most innovative and few are aware of his vision and actions. The story of his rise out of Princeton is legendary in my mind and his concept of creating everything out of waste is in many ways revolutionary for industrial and post-industrial societies.

David Karas of the Christian Science Monitor has a very good profile of Tom and TerraCycle in their People Making a Difference feature. From the piece…

Mr. Szaky founded TerraCycle in 2001 while a freshman at Princeton University. He and another student fed dining hall leftovers to worms and liquefied the worm compost, creating an organic and highly effective fertilizer. Lacking the money to package their product, the duo used soda bottles they retrieved from recycling bins as containers to peddle the worm poop.

Szaky grew up in Budapest, Hungary, prior to the fall of communism and has been intrigued by entrepreneurship ever since he arrived in North America. He sees the world of business as a vehicle for positive social change.

He rejects the paradigm that businesses are intended only to generate profits, and that only charities can do good. His goal is to find a way to overlap those missions.

Tom has always been one of my favorites and I think I will see if I can make a trip up to Trenton to meet him and see what he has been building all these years. (Looks like Trenton is about 3 hours from DC… fill ‘er up….)

House (a bit more on the property later).

For the first 5 months the entrepreneurs participate in the ‘residency’ phase with skills sessions, pitch opportunities, weekly lunches, mentors, consultants and others supporting their ventures development. For the next 7 months the entrepreneurs live and work in the Halcyon House — a gorgeous, amazingly decorated mansion in Georgetown (virtual tour) with everything from a ballroom to beautiful grounds with a pool.

The newest cohort of Halcyon Fellows are just moving in and beginning their year in the program. They are a diverse lot solving important problems and I look forward to meeting some of them and watching their progress over the next year.

A massive 69% of India’s population does not have access to the Internet. A non-profit back by Mark Zuckerberg — probably the most successful student entrepreneur of the past 10 years — has put up $1 million in prizes for creative solutions to this problem.

The contest from Facebook-backed Internet accessibility partnership Internet.org could help millions of people recognize the value of the Internet, pursue access, and gain knowledge and opportunities that can help them get better jobs and improve their lives. That could in turn help Internet.org’s flagship sponsor Facebook gain new users that it can connect to the world.

While Facebook and Mark Zuckerberg have a clear interest in getting all those folks online, its seems there is more going on. This is philanthropy in action, making funds available to people, but demanding that they produce something that continues to provide returns to society – in this case apps that connect more people to the internet.

Like Loading...
Emily Lucas of LifeHack.org has a nice post highlighting some of Google’s many initiatives in the education space.  From STEM and Social Entrepreneurship to Faculty Research and Marketing Competitions — Google is in the space. (Yes Brin and Page are two of the top 10 student entrepreneurs of all time). The entire post lists a bunch of their programs, below is a snippet and one of their interesting offerings. From LifeHack:

As one of the world’s premier companies, Google has truly affected the way everyone accesses information and how people learn online. To further encourage and nurture the leaders of tomorrow, Google has created many different educational programs for all ages. Educational programs at Google are not just informative. They also provide funding for underprivileged and minority students who otherwise would not have had the opportunity to study computer science. This gives so many young students the ambition and dream to pursue a potential career in the burgeoning field of computer science.

This annual Google competition is aimed at entrepreneurial and ambitious 18-24-year old entrants from all over the world. To enter, the participants make a YouTube video explaining how their project or innovation will impact the world. After the participants are narrowed to 12, they attend Google’s Zeitgeist Conferences in Europe and North and South America. World leaders come to these conferences to raise awareness and discuss how to address the world’s problems. 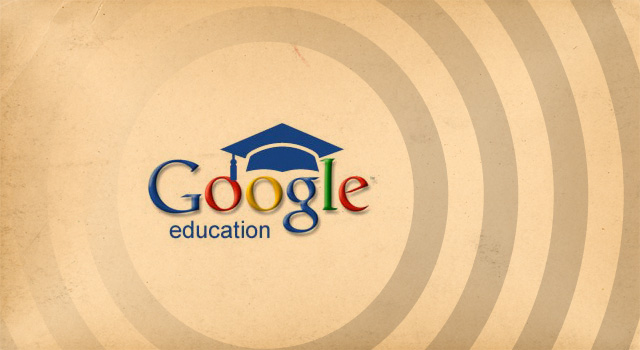 via Google and Their Educational Programs.

Last year I interviewed 3 of the founders of G3Box when I visited ASU’s Edson Student Entrepreneur Initiative at the Skysong campus. It was during the heavy data collection phase of my dissertation research on student entrepreneurs at US Universities and Colleges.

The G3Box team recently launched an IndieGoGo campaign and are about to place their first maternity clinic in the developing world. Their goals is to  cut down on fatalities and complications during child birth.  Their vision is solve global health challenges by connecting multiple organizations. This team of ASU student entrepreneurs is truly inspiring.

My work at Mason has allowed me to engage daily with amazing people and organizations in the fields of social innovation, entrepreneurship and the growing sector of social impact investing. Some thoughts on impact investing from Cohen and Sahlam in HBR:

We believe we are on the threshold of a major change not unlike the early days of the modern venture capital industry. In the mid-1960s and early 1970s, a new type of investment vehicle was created: the professionally managed venture capital partnership. This organizational innovation drew investment capital from institutional players like pension funds and endowments and allowed for appropriate time horizons. Soon venture capital became a core part of many economies and those bold moves changed everything. Entrepreneurship has never been the same.

Just as the formation of the venture capital industry ushered a new approach and mindset toward funding innovation within the private sector, impact investment has started to bring opportunities to harness entrepreneurship and capital markets to drive social improvement. This in time will bring much needed change to the social sector.

We’re already beginning to see innovation. People are developing new securities that link social performance to financial returns. There are new experiments — models that use the tools of finance to try things in different ways — sometimes creating income streams from novel concepts, like funding cancer research. There are also hybrid organizations like the Acumen Fund, Bridges Ventures and Root Capital that channel patient capital to high social return investments around the world. There are even organizations like Endeavor and Social Finance that help entrepreneurs gain access to global capital markets to fuel growth in employment and social impact.

via Social Impact Investing Will Be the New Venture Capital – Sir Ronald Cohen and William A. Sahlman – Harvard Business Review.

The Global Social Venture Competition is calling for entries. Deadline is 30

January 2013. “The Global Social Venture Competition (GSVC) provides aspiring entrepreneurs with mentoring, exposure, and $50,000 in prizes to transform their ideas into businesses that will have positive real world impact. In 2012, GSVC received over 600 entries from 50 countries.”

Here are a few of the eligibility rules.

Submitted ventures should plan to be financially sustainable or profitable; whether it is a commercial business or a tax-exempt organization, your venture must have plans to be self-sufficient on earned revenue.

Submitted ventures must be scalable long term. This criterion will mean different things for each business plan. Scalability will take into account the potential for growth of the business, both financially and in its social impact.

Submitted ventures must have a quantifiable social and/or environmental bottom line incorporated into their mission and practices.

Your team must include a graduate student current or within two years of graduation as of December 31, 2012 from any masters-level or post-graduate higher education program in any area of study in the world; the student must be actively involved in the venture i.e., actively participating in development of the business plan or actively working on the business.

Looking forward to tracking this one and supporting teams from Startup Mason and Mason Center for Social Entrepreneurship as they get involved.

Doing some work on a MOOC (Massive Open Online Course) for the Mason Center for Social Entrepreneurship and came across this interesting video on social impact bonds. Worth checking out.